This October Air Charter Service's Hong Kong office celebrated its 10th birthday, with a lavish party to recognise the officeâ€™s huge success over the last decade.https://aircharterservice-globalcontent-live.cphostaccess.com/images/news-images/acs_hkg_tcm36-53287.jpg 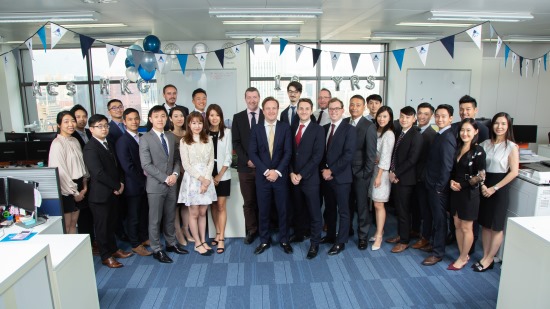 This October Air Charter Service's Hong Kong office celebrated its 10th birthday, with a lavish party to recognise the officeâ€™s huge success over the last decade.

Justin Bowman, ACS Group CEO, and Justin Lancaster, ACS Group Commercial Director, both flew out to Asia to help get the celebrations under way. Also invited were board members from the Asian Business Aviation Association (AsBAA), including its CEO, Mike Walsh.

The party was held in the exclusive, aviation-themed, China Clipper Lounge at the Peninsula Hotel in downtown Hong Kong. Stephen Fernandez, Managing Director of ACS APAC region, said at the event: â€œThis is a proud day for Air Charter Service Hong Kong. Thanks goes out to all our suppliers and partners throughout Asia and beyond over the past decade. The office has experienced year on year growth every year over those 10 years and is now one of ACSâ€™s largest offices.

â€œWe have been involved in some memorable charters since 2008. We have flown many international celebrities in and out of the region; singers, movie stars, sports personalities and even royal families and high ranking government officials over the years. Away from the glamour of private jets, we have also been involved in many relief operations. We were on hand for our customers after the tsunami and earthquake in Japan in 2011, when we helped to evacuate more than 800 personnel and their families from the region. The cargo department has also been entrusted with arranging aircraft carrying aid over the years. Major operations have included flying relief cargo to Patong in 2009, in the aftermath of the earthquake in Indonesia, and in 2013 we flew in humanitarian goods for the victims of Typhoon Haiyan in the Philippines.â€

Justin Bowman added: â€œIâ€™m extremely proud of our team here in Asia â€“ from a starting point of nothing 10 years ago, we have grown to become the largest company of our type in the region. Iâ€™d like to thank AsBAA for the plaque and their recognition of our 10th year in Asia â€“ we look forward to supporting them for years to come.â€

We are a global company with 22 worldwide offices, spanning all six major continents and we offer private jet, commercial airliner and cargo aircraft charters, as well as onboard courier solutions. We arrange almost 15,000 contracts annually with revenue of close to 700 million dollars. We were formed in 1990 by Chairman Chris Leach and CEO Justin Bowman in the basement of a house, and we now employ almost 500 staff worldwide.

SELECT UP TO MORE -

YOUR SELECTED AIRCRAFT ARE READY TO COMPARE